The Joy of Melodies 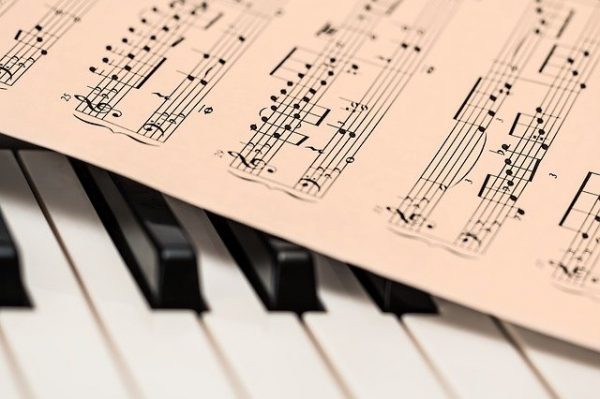 We humans, have developed over time a taste for sweet things, an eye for sweet things and a smell of sweet things, but we also developed an ear to sweet-sounding things. Now, what is sweet and to whom is a subjective question, and I don’t want to discuss that here, instead, I’d like to put an emphasis here on the positive effects of melodies and harmonies.  Maksim Gorkim once said,

“When work is pleasure, life is joy!”

I would like to make an adjustment here and change the word “work” with the word “music”.  I believe music and the melodies can act as antidepressants, and there are numerous studies that testify this, here I would like to present a few ideas how our “invisible” friend music can help people to cope better under pressure and “renew” our emotional power when feeling down.

The enjoyment of music, as explained by psychologists helps individuals to gain insight into the higher thought processes, it is a certain area of the cerebral cortex which is responsible for thinking, judging, imagining and creating. Cancer or the big “C” on the other hand is one of the most undesired illnesses, it comes with pain, lethargy, apathy and we know many times brings us one step closer to death.

Supportive music has been shown to be beneficial for cancer patients who are undertaking chemotherapy, as it is known that chemotherapy is unpleasant, patients usually suffer from fatigue, feeling sick, losing hair, losing appetite. Supportive music can help patients to prepare for treatment, to feel motivated and energized. (Burns et al., 2018) Especially preferred music has been shown to be effective to contain patient’s positive emotional experience, songs that help them to remember pleasant times.

Perhaps this can be a genuine argument for the often-criticized hedonism, that when one goes through the unpleasant, off-putting treatment for cancer, one shouldn’t restrict him or herself from the preferences and pleasures of the mind as well as the body. Indeed, hedonic psychologists incorporate a broader view of hedonism. (Kahneman et al., 1999)

This relatively mysterious illness which is a long-term condition that causes pain all over the body is known to affect around 3% of the world population. The causes are unknown, but the symptoms are well known, from headache to tiredness and from insomnia to brain fog, it dampens the quality of life for those who suffer from it.

A few studies have already demonstrated the effectiveness of group music on people who have fibromyalga. Among one of them have emphasized the reduction of anxiety especially in women, and it also reduced pain intensity and subsequently the depression that comes with it (Torres et al., 2018).

No living being on Earth likes suffering and this illness is all about that, some people are inclined to happiness, but most people embrace the eudaimonic concept of well-being which offer people to live in accordance with their daimon, that is with their true self. (Waterman, 1993) The energizing effect of music gives you a helping hand with that.

Music is known to be uplifting, it helps your positive moods to shine through the dark aspects of your everyday life. Of course, not every type of music is positive, some are deliberately composed to sound sad and blue. And that is all right, sometimes it is better to cover our sadness with melodies and harmonies. But for those who seek motivation in their lives, the more positive side of music will do the job. In a study that measured the motivational factor of music for cardiovascular patients and how music can enhance their recovery exercises, has shown that patients felt more motivated to do physical exercise while listening to music. For instance, they reported that music can reduce the physical stress of exercise or they felt more motivated to exercise more vigorously. Moreover, they said that time seemed to pass faster with music and the whole rehabilitation was more enjoyable if music was included. Some even said that music is a “great distraction”. (Bowles et al., 2019) If music is a remarkable motivational factor, then we can easily conclude that music should be part of a repertoire of psychological health-boosting phenomena for everybody, as motivation is according to Ryan & Deci (Ryan & Deci, 2000) an essential part of psychological growth.

Are you a composer?

We live in a world full of frustrations, we have dreams, wishes and ideas and when these are blocked, frustration sets in and that can lead to angry and aggressive thoughts and feelings, which ultimately decreases our vitality and wellbeing. Then aggressive behaviours, that is the idea of acting out these angry thoughts will further decline our wellbeing and perhaps our freedom as well if we opt to do illegal things as a consequence of that. Now there are three major aggression inhibiting factors and these are fear, morality and education. However, I would argue that there is another factor and that is art, or music more precisely. Which isn’t necessarily an inhibiting factor, rather a positive enabling factor. Research indicates that composing music contributes to positive affect states and it represents one of the empowering conditions for humans to flourish.(van Goethem & Sloboda, 2011).  Even though it has been concluded that our subjective wellbeing is largely determined by our genetic makeup and it is usually stable across our lives, (DeNeve & Cooper, 1998) people more often than not search for need-satisfying environments rather than frustration diminishing environments. It is demonstrated that both hobby and professional music-making offer a need-satisfying environment for the composer (Koehler & Neubauer, 2019).

Although for most people the walk of life is a hard one for sure, it requires great effort to solve problems as life throws us into traps, we should make the most of the opportunities. It has been demonstrated that happier people tend to construe the same life events in a more positive way than those unhappier (Lyubomirsky & Tucker, 1998) furthermore those with relatively higher Subjective Wellbeing tend to be less responsive to negative events and be more self-enabling people (Lyubomirsky & Ross, 1999). Perhaps, one hidden key to attain these positive subjective states is to listen and compose music. Perhaps, this is a good way to increase our positivity ratio. And while you can’t attend concerts and festival (for now!) due to covid19, don’t be shy to turn the volume up while listening to your favourite songs and ask your partner to dance in your garden.

About Roland Majla: Hi, my name is Roland, a student at Buckinghamshire New University studying Applied Positive Psychology MSc and I am from the enchanted land of Transylvania. Yes, this mythical place from Bram Stoker’s book actually exists. And I am a hopeful, travel and music-loving individual on a hunting journey, yes “hunting” for positivity on the land, air and sea, and then offering the “prey” for the hungry hearts and minds out there.

‘We Are The Positive Psychology People’

This site uses Akismet to reduce spam. Learn how your comment data is processed.